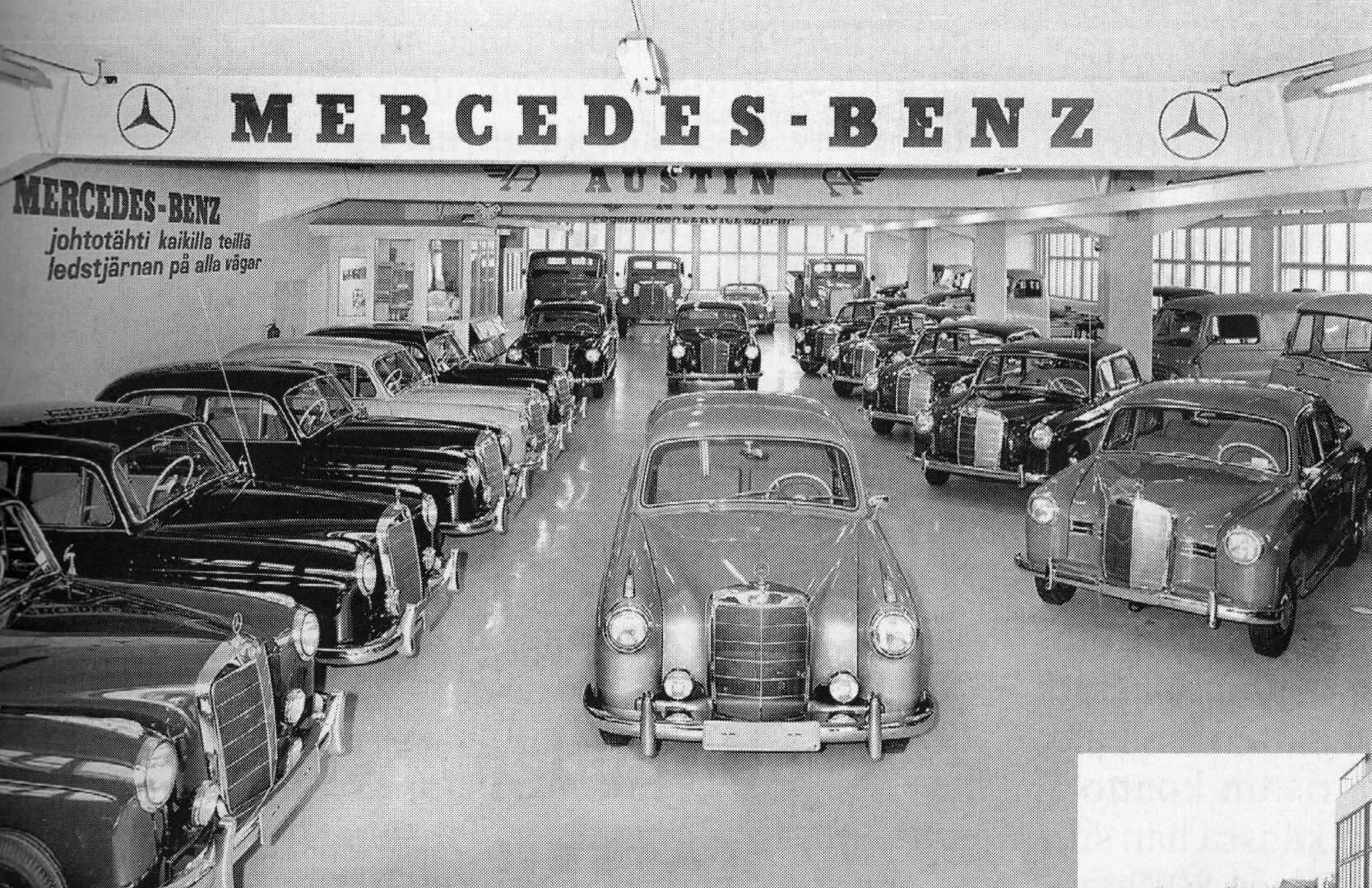 The history of Veho

Over 80 years of cooperation with Mercedes-Benz

The history of Veho in Finland goes back to 1892, when German technician Max Greuling moved to Tampere with his wife and seven children. In Tampere, Greuling worked as a technical director of a match factory. The family eventually became so rooted in Finland and Tampere that the idea of moving back to Germany was abandoned.

The Greuling family's second son Walter entered the workforce in 1898. He joined Mercantile in 1904 and the company moved its headquarters to Helsinki. Greuling, still a German citizen, resided in Stockholm during the First World War, but returned to Finland as soon as possible and was granted Finnish citizenship in 1919.

A Finnish import company for Mercedes-Benz

After the war, Walter Greuling became an important figure in technical trade and industry. He had bought the entire share capital of Mercantile and was Chairman of the Board of Management until his death in 1944. He was also the principal owner of the radio factory Helvar Oy, and the largest owner of Oy Nikolajeff Ab, Finland's oldest car dealership, which Sergei Nikolajeff had started in Helsinki as early as 1904.

Nikolajeff represented American General Motors and German Mercedes-Benz cars. In the global political situation of the 1930s, when the different car brands could no longer fit under one roof, the idea of setting up a completely new company focusing solely on Mercedes-Benz imports matured. It would be largely owned by the same shareholders as Nikolajeff.

The articles of association of the future Oy Veho Ab were drawn up in January 1939. The name Veho was taken from the Latin for 'I transport'. The founding meeting of the company was held at Hotel Kämp on 1 February 1939 and the company was registered in the Trade Register on 16 February 1939.

The founding meeting was attended by bank manager Göran Ehrnrooth, who acted as both chairman and secretary, and Hjalmar Krogius, who had the honour of being the co-signatory of the memorandum of association. Ehrnrooth, Krogius and Rudolf Oeser from Germany each owned one share in the new company.

The early years of Veho

As early as March, the new company signed a contract with Daimler-Benz for the import of the Mercedes-Benz until the end of the year. The contract was confirmed by Daimler-Benz on 5 September 1939.

In 1939, domestic car sales had already recovered from the depression years of the 1930s, but the Finnish car fleet was still modest. A year before the formation of Veho, the total number of passenger cars, lorries, and buses in the country was 27 788, 18 284, and 3 021 respectively. Although the threat of a new war loomed over Europe, Finns' confidence in the future was boosted by the Summer Olympics scheduled to be taken place in Helsinki 1940, and the economic recovery, especially the wood-processing industry in the late 1930s.

Veho started in a rented building at Kalevankatu 4 in Kamppi area in central Helsinki, where one of the most magnificent car dealerships of its time was established. The branch was run by Ms. Martta Hiidenheimo and cars were sold by Mr. Toivo Sirola. Despite the outbreak of the Winter War (November 1939 – March 1940), the company's first financial year ended with a profit of FIM 600 019,70.

The post-war period of expansion

The first Veho service garage was opened in 1950. This was only temporary, however, as in 1953 the company opened a more modern garage in Pitäjänmäki area in Helsinki.

At the end of the 1950s, Veho's headquarters moved to Autotalo, a newly minted landmark building at the heart of Helsinki. Relocation to an upscale neighborhood reflected Veho´s status as the premier automotive importer and distributor in Finland. True to Veho´s hands-on business culture, the plush premises were used not only as prestigious head office and an approachable car sales location, but also as a central warehouse for spare parts. Already at this time, the iconic Mercedes-Benz star sign was erected on the roof of the Pohjantorni tower.

The beginning of the 1960s and the liberalisation of car trade marked a new era for Veho: Cars were selling like hot cakes. Previously, sales outside the capital region had been handled by district dealers, but in November 1964 Veho opened its first branch outside Helsinki in Kouvola, followed by Tampere and Pori in 1965 and Rauma in 1966.

Veho had a strong foothold in taxis in the 1960s, and in 1964 the first taxi rally to West Germany was organized, a tradition that continued for years. In 1969, the company celebrated its 30th anniversary, and during the year, a new service garage in Herttoniemi in Helsinki suburbs was opened. Even then, Mercedes-Benz was the mainstay of Veho's business, though the other brands represented, Audi and Austin, also had a significant role.

Winds of change blow in the closing decades of the century

The 1970s saw many changes in the range of Veho brands. Veho and Audi parted ways at the end of 1974, only to be replaced by BMW at the beginning of the following year, which raised doubts about the coexistence of the two major German brands under the same umbrella. In 1976, imports of Honda also began, and Veho became the second largest car importer in the country that year.

The boom of the 1980s saw the country's car sales soar and Veho had several record years. In 1989, almost 177 000 new passenger cars were sold in Finland. The early 1990s, however, were marked by a recession that significantly weighed down also the car market. The recession years partly overshadowed Veho´s imports and sales of Italian car brands Fiat and Alfa Romeo, which the company was affiliated with in the mid-1980s and 1990s. 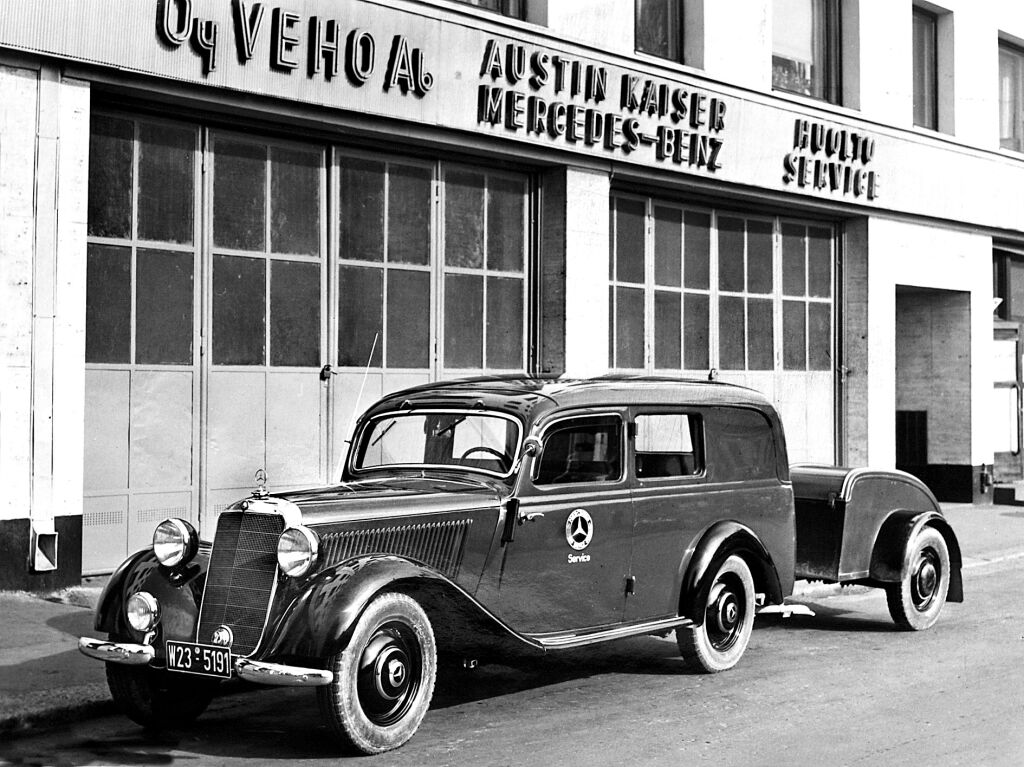 Both the passenger car and commercial vehicle business picked up towards the end of the decade, and in 1998 Veho opened a new commercial vehicle centre in Lommila, Espoo. Citroën imports and sales started in 1997. Veho's Olari store in Espoo was opened in 1999.

In the early 2000s, Honda's import activities were transferred to Honda Finland Oy, but sales continued as before. In 2006, Veho took its first steps towards international operations as the company expanded to Sweden, and car retailer Veho Bil AB was started.

At the end of the decade, Veho made similar moves. The year 2019 marked both a return to its roots and a substantial step forward in the company´s strategy, as the company sold the retail business operations of all other brands and focused on cooperation with Daimler and Mercedes-Benz. The decision to give up other brands represented the company’s biggest strategic and cultural change in the decade. 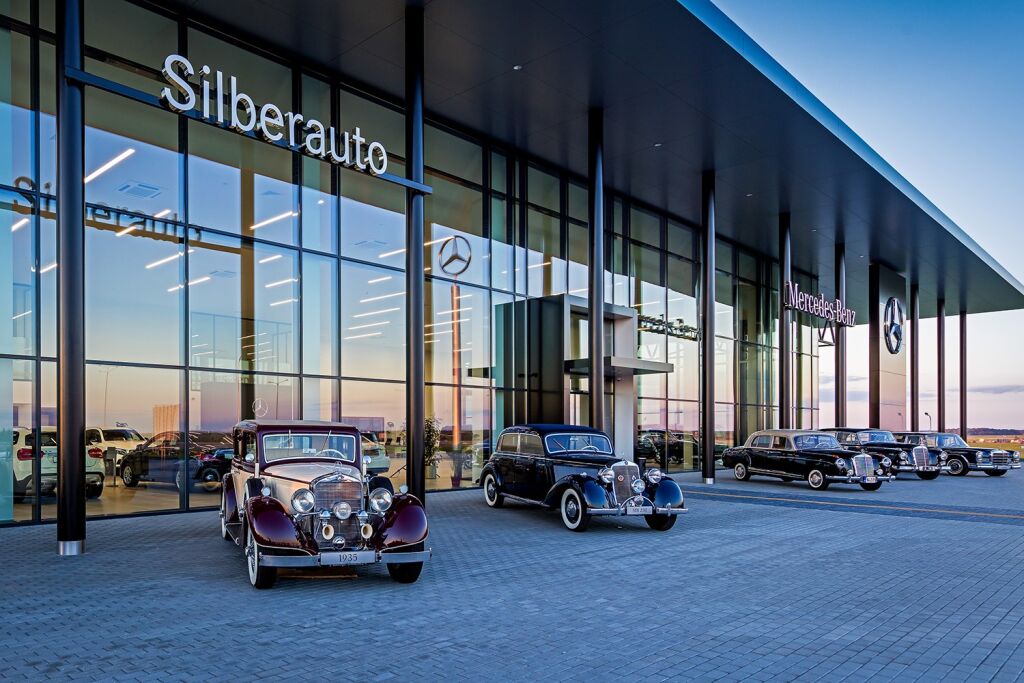 In accordance with the new strategy firmly based on Mercedes-Benz, Veho bought the Silberauto business in Estonia and Lithuania in 2019. With the acquisition, Veho became the biggest dealership and provider of repair services for Mercedes-Benz passenger cars and commercial vehicles in the Baltic countries. In 2021 Veho acquired Domenikss, the Latvian Mercedes-Benz distributor. In December 2021, Veho Group signed an agreement with Mercedes-Benz Sverige AB under which the Group will take over distribution of Mercedes-Benz trucks and spare parts in Sweden through a separate subsidiary established for the purpose.